Helium Proof of Coverage: what is it and how does it work? 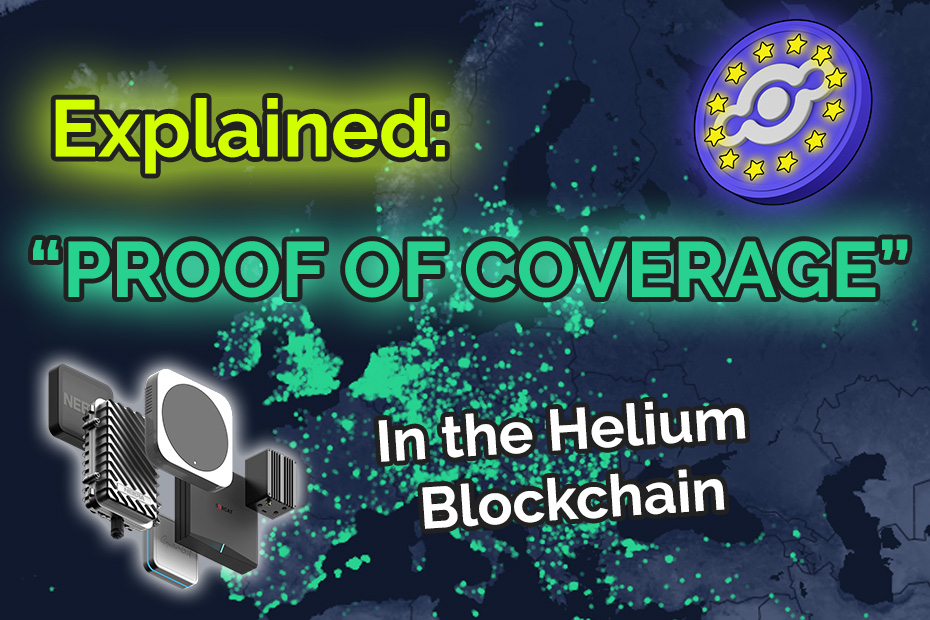 Helium Inc. is determined to create the largest decentralized public wireless network in the world. This innovative type of Blockchain is using a new work algorithm named, Proof of Coverage (PoC). Helium Hotspot Miners that are deployed by consumers worldwide try to verify the location of the Hotspots and the coverage quality of the wireless network. If they succeed to verify then all parties are rewarded accordingly. The Helium Proof of Coverage consensus mechanism rewards miners in native token of the Blockchain, $HNT.

Before diving into further details of how this wireless network of IoT devices works, we will take a look at the Proof of Coverage concept and move further.

What is Proof of Coverage?

Proof of Coverage (PoC) is a novel work algorithm that works to prove network connectivity and location of Hotspots for the Helium Network. The participants of this process are rewarded if the network connectivity and location of the Hotspot are confirmed. The success of the physical wireless network is based on the amount of reliable coverage it can create for users deploying the low-powered connected devices on it.

The Proof of Coverage consensus mechanism uses the perks of radio frequencies to generate proof that is meaningful to the Helium Network. Hotspots also act as miners on the Helium blockchain, incentivizing anyone to deploy a Hotspot and earn HNT for building the network and transferring device data at a fraction of the cost compared to cellular. The blockchain constantly checks the Hotspots using the mechanism “PoC Challenge”.

If we were to simplify the process of PoC then one could say that it is a definitive verification of the wireless coverage provided by Hotspots on the Network. Helium Blockchain stores data generated about this ongoing verification of network connectivity and coverage.

What is the difference between Proof of Coverage and Proof of Work?

Proof of Coverage is an algorithm used by the Helium Blockchain to verify the network connectivity and location of Hotspots. On the other side, Proof of Work is cryptographic proof in which one participant proves to others that a certain amount of computational effort has been expended. For example in Bitcoin mining, the Proof of Work mechanism is used to verify the transaction and to create new blocks. The main differences of both are listed below:

What are Helium’s Proof of Coverage Challenges?

Helium’s “Proof of Coverage challenges” is the mechanism through which the Blockchain continuously interrogates Hotspots. Whenever a new challenge comes up, the Blockchain records more data about the quality of the Network. There are three basic roles in the PoC challenges: challenger, transmitter, and witness.

Challenger is the Hotspot that creates and issues the PoC challenge. Hotspots issues Challenges once per every 360 blocks. A transmitter is the second important role and it is also known as “Challengee”. A transmitter is the target Hotspot in the PoC Challenges and also transmits challenge packets which are to be witnessed by geographical proximate Hotspots. The third and last role is Witness which reports the existence of the challenge packet after it has been transmitted.

The challengee, also called transmitter, is responsible to decipher the beacon command issued by the proof-of-coverage challenger and broadcasting required RF packets. Nearby hotspots can detect that RF packets and report back to the blockchain what’s the beacon forms. The consensus group is established if challenger, challengee(transmitter), and witness all report the same beacon form.